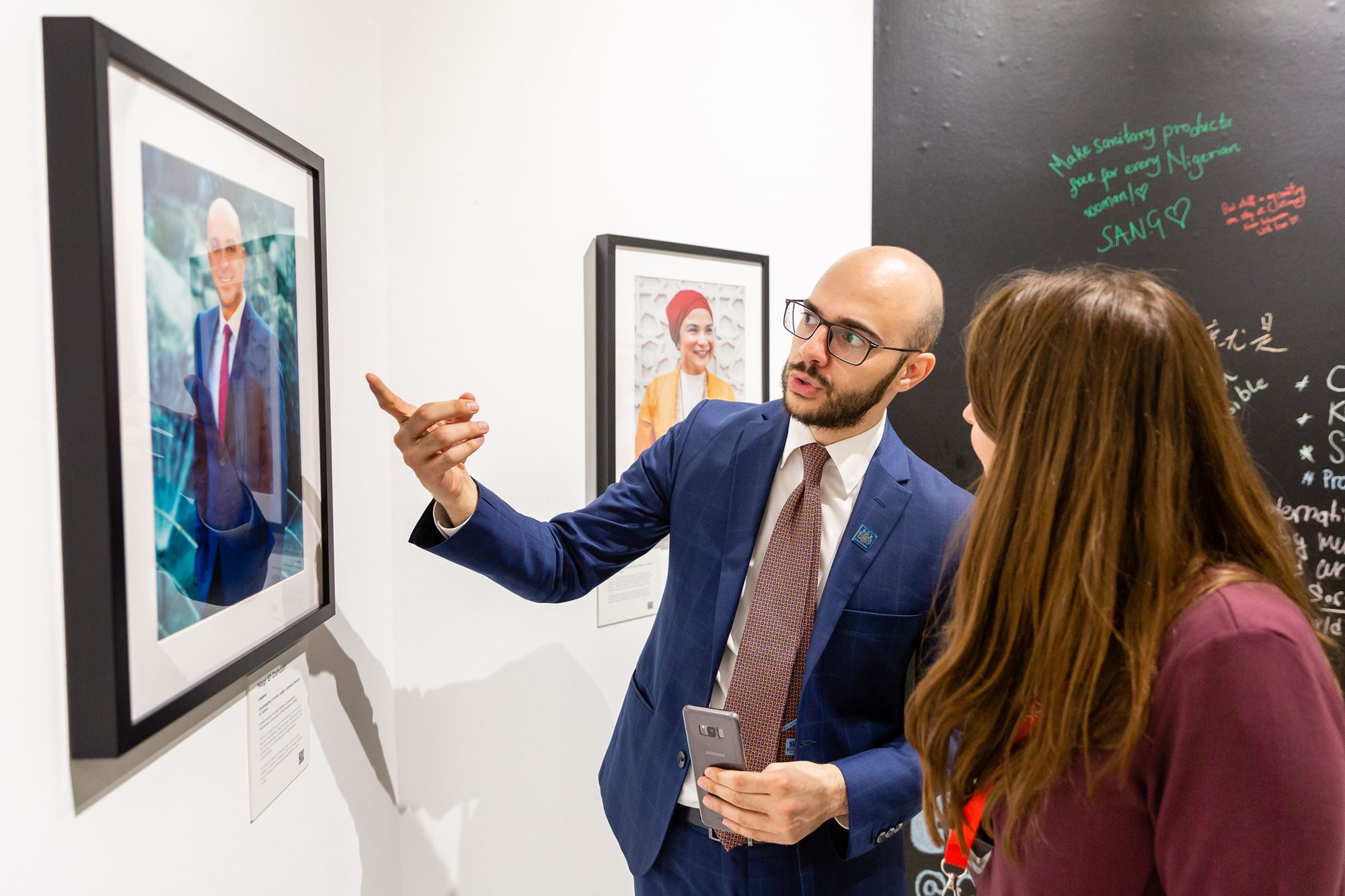 Visitors from all over the UK and the world discovered inspiring stories of outstanding Chevening Alumni at a photography exhibition celebrating 35 years of the programme.

Visitors from all over the UK and the world discovered inspiring stories of outstanding Chevening Alumni at a photography exhibition celebrating 35 years of the programme in London last week. Changemakers was launched by Dr Husam Zomlot, Head of the Palestinian Mission to the United Kingdom, at an exclusive reception at a central London gallery. Dr Zomlot, who studied an MSc in Development Studies at LSE in 2000, then gave a speech, where he said that 'the Chevening programme is truly life transforming.'

To scholars and fellows currently studying in the UK, Dr Zomlot said: 'Know that you are lucky and privileged and that you have been deemed special enough to invest in. It is a journey with many possible future destinations, so seize the day with determination, guts and passion.'

The Changemakers were then invited to be the first to write messages on the exhibition’s back wall, which was converted into a giant chalkboard. The wall posed the question ‘What will you change?’ to encourage visitors to share their own visions for future change. The exhibition, which celebrated the international ties formed through the Chevening programme, then opened to the public for four days. Hundreds of visitors from around the UK and the world came to visit the exhibition and were inspired by the stories of a small but influential selection of our 50,000 global alumni. Some of the other Changemakers featured in the exhibition included Carlos Alvarado Quesada, the current President of Costa Rica (University of Sussex, 2008); Bogolo Kenewendo, Botswana’s youngest ever government minister (University of Sussex, 2012); Zhao Qi, a Sundance and Emmy Award-winning filmmaker (Royal Holloway 2002); and Amna Zamir Shah, the first female judge in Gilgit-Baltistan in Pakistan (University of Leicester, 2009).

Portraits, which were taken by photographers around the world, were accompanied by memories and reflections on the Changemakers’ time spent studying in the UK. A timeline ran around the gallery floor, detailing key points in Chevening’s history since the programme began in 1983. One point on the timeline highlighted Chevening's original name: ‘The Foreign & Commonwealth Office Scholarships and Awards Scheme (FCOSAS)’. The exhibition demonstrated the strength and global appeal of UK higher education, along with the UK’s commitment to welcoming talented individuals from around the world. The exhibition was part of a programme of events and campaigns to celebrate Chevening’s 35th anniversary this year.