Silvia is a computer scientist, lecturer, and programmer who is passionate about encouraging young people from a variety of socioeconomic backgrounds to pursue science education.

Since 2016, she has held the position of Human Capital Director at the Software Council of Nuevo Leon, a social organisation that promotes the use of information technology among industry, academia, and government for the economic and social development of the region.

She is also the Mexican Director of ‘Beautiful Patterns’, a programme that develops computational thinking skills in girls between the ages of 13 and 17. In 2018, more than 600 girls from six Mexican states benefitted from this training. From 2014 to 2016, she was the leader of the Scalable Game Design Mexico programme, which received a Google RISE award in 2015, in recognition of its pioneering work, teaching computer science and programming skills to more than 6,000 children.

Silvia has lectured in computer science and information systems at the Tecnológico de Monterrey since 2001.

‘I believe that inclusion is vital for the growth of my country and that no matter your origin, gender, economic or social situation, you can fulfil your dreams and improve the world.’

What motivated you to apply for Chevening?

I was born into a low-income family but, despite our financial situation, my parents always encouraged me to strive for more and made me believe I could achieve anything. Thus, since I was a child, I dreamed of going abroad to study.

I chose to study in the UK due to the reputation of its universities, its diversity, and the chance to visit historical, cultural, and artistic places I had previously only read about in books or seen in movies.

Specifically, I was drawn to the University of Manchester as it was renowned as a centre of excellence for informatics research and teaching.

As a software engineer, it was a thrill to study in the city that triggered the computer revolution with the ‘Manchester Baby’, the world’s first electronic stored-programme computer. Furthermore, as someone who is passionate about women’s rights, it was an honour to study at the alma mater of Christabel Pankhurst—a role model in the campaign for gender equality. 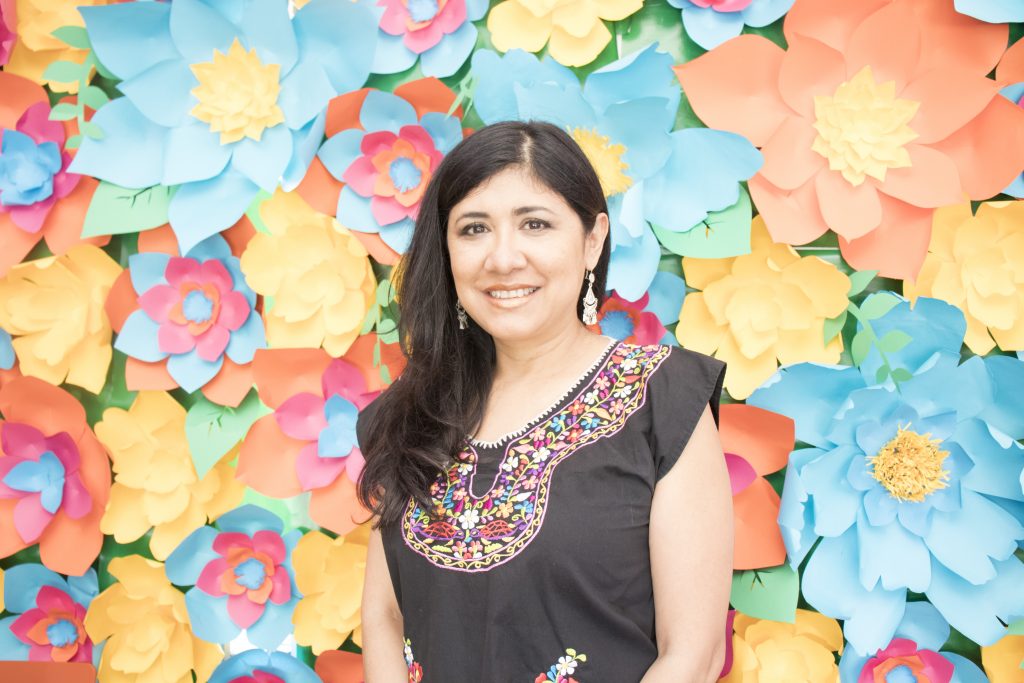 How did the experience of having studied in the UK influence you?

I think that I am the person that I am today, in my professional and personal life, because of the Chevening Scholarship and my experience in the UK. Chevening is a brand that signals to recruiters that you are a person of significant skill and knowledge, and this opened doors for me as soon as I returned to Mexico.

When I started lecturing at the Tecnológico de Monterrey, fellow Chevening Alumnus Professor Juan Nolazco, invited me to be part of his team. It was through this opportunity that I became involved with some of the defining projects of my career to date, including Scalable Game Design Mexico, Beautiful Patterns, and being recruited by the Software Council in Nuevo Leon to lead the Human Capital committee.

The most important thing that I learned during my experience was to be hugely grateful—grateful for the opportunity for a girl that was born into extreme poverty to be able to study a master’s degree in this incredible country, where we are all welcome and nobody is shunned for being different. To live a dream life for a year.

I also learned that I must give back, and pass on the benefits of this opportunity, so that more children like me can achieve great things, and contribute to making Mexico a better country. I believe that inclusion is vital for the growth of my country and that no matter your origin, gender, economic or social situation, you can fulfil your dreams and improve the world.