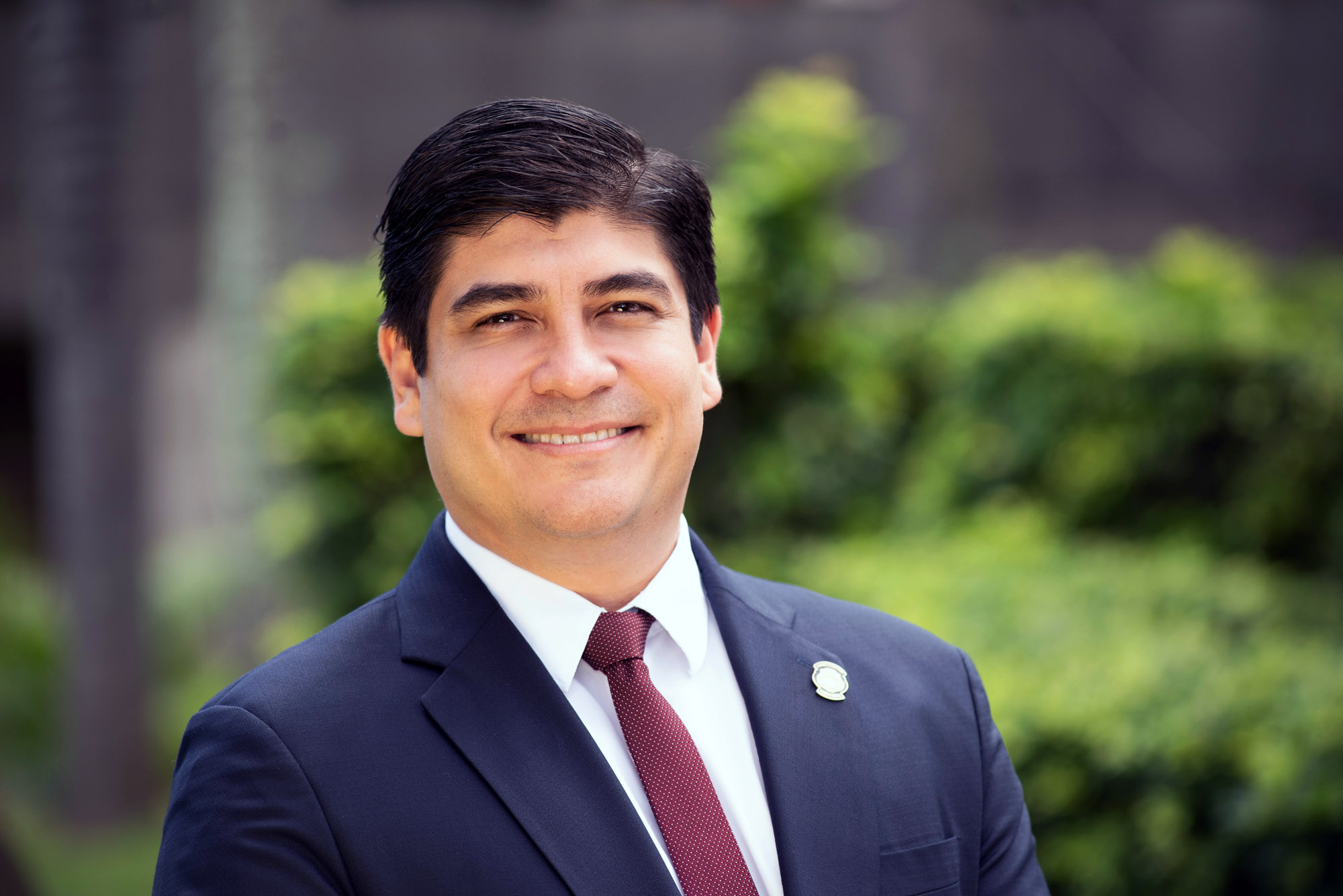 The Chevening year is a truly unique experience that is great for the soul, the mind, and the heart. It provides you with an opportunity to really make an impact in the world.

Carlos is a politician and writer who is currently serving as the 48th President of Costa Rica.

President Alvarado began his career in politics as an advisor in Costa Rica’s Legislative Assembly. After completing his master’s degree at the University of Sussex, he returned to Costa Rica and continued his political rise, serving as Minister of Human Development and Social Inclusion before being appointed Minister of Labour.

In May 2018, at the age of 38, Alvarado was elected President of Costa Rica in a landslide victory, making him the country’s youngest president since 1916. His campaign was largely fought around issues of LGBTQ rights, with Alvarado strongly supporting the implementation of a ruling by the Inter-American Court of Human Rights requiring Costa Rica to recognise same-sex marriage.

Aside from politics, President Alvarado has had a vibrant career across a variety of sectors, working as a development consultant, communications manager, and university professor. He is also an accomplished writer, having published two novels and an anthology of short stories.

Apart from acquiring specialised knowledge at the University of Sussex that has helped me to serve my country, I also had the opportunity to be exposed to inspiring people from the UK and all around the globe. I believe that exposure to diversity is a marvellous thing.

I feel really proud to be an alumnus of the University of Sussex and to be part of the Chevening family.

The Chevening year is a truly unique experience that is great for the soul, the mind, and the heart. It provides you with an opportunity to really make an impact in the world. I would advise current scholars to make the most of it- it’s a carpe diem moment.