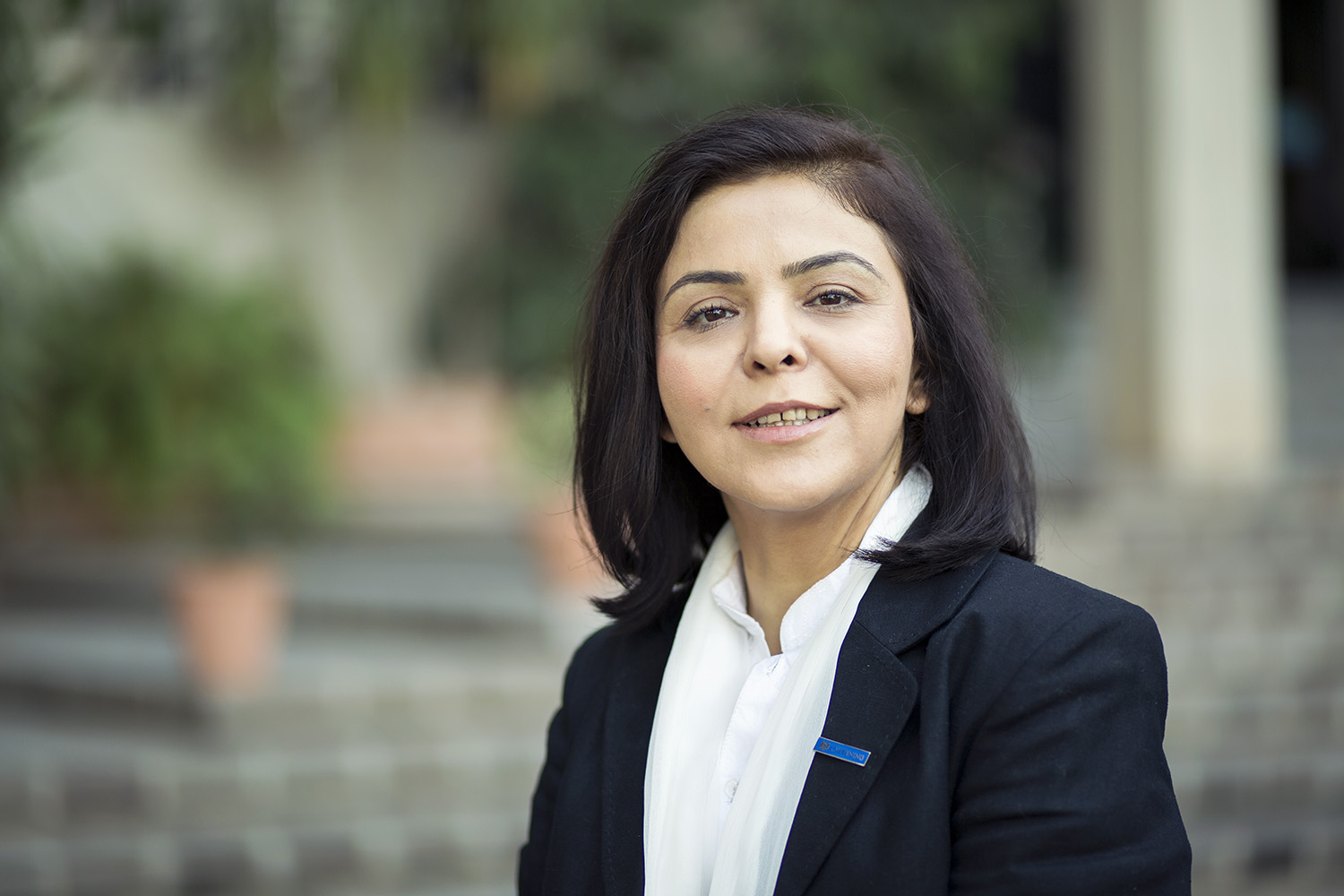 I was keen to polish my existing professional skills through a foreign degree, and to bring new skills and judicial knowledge to my region of Gilgit-Baltistan.

Amna is the first female judge in Gilgit-Baltistan (G-B), Pakistan. Since her appointment in 2017, she has ruled on hundreds of pending cases, and has been lauded for her commitment to fair judicial processes for women and other marginalised members of society. As one of few female judges in Pakistan, she aims to make the justice system more approachable for women who might feel intimidated by a male-dominated judiciary.

Before studying in the UK, Zamir completed her Bachelor of Laws at the International Islamic University, Islamabad. She received the top score in the Federal Public Service Commission (FPSC) examinations, before being appointed as a civil judge. Zamir has been associated with various civil society organisations which offer free legal aid, and has worked with the Aga Khan Conciliation and Arbitration Board on a voluntary basis for over ten years. In 2017, she was recognised by the Study UK Alumni Awards for her considerable professional achievements. Chevening creates leaders, and I chose the University of Leicester because of its historical background. It was built after World War I to honour the war heroes, and it is a prestigious university in respect to law and research.

Chevening helped me by polishing my personality and judicial knowledge. Being a judicial officer, my reputation and progression over the last ten years are due to this prestigious award. I am the first to have an LLM from abroad, and this was a great boost for my professional life.

What is the most important thing you learned during your time in the UK?

During my experience abroad, I gained broader insights and a different kind of judicial knowledge. I also met different people from all over the world. These were the most beneficial things for me.